Personality Rights…From Beyond the Grave!

This blog was written by Tyler Lin, student-at-law at de VRIES LITIGATION LLP

The weather is getting colder, the leaves are turning crimson, and something spooky is in the air. With Halloween around the corner, it is the perfect time to discuss the state of “post-mortem rights” in Canada.

Recent advances in digital technology have allowed for the creation of “synthespians”: a portmanteau of the words “synthetic” and “thespian.” These are computer-generated actors, who are often created by “resurrecting” deceased celebrities via their likeness. You might remember examples such as Michael Jackson’s hologram performing “Slave to The Rhythm” in 2014, five years after his death, and more recently in 2016, when Sir Peter Cushing reprised his role as Grand Moff Tarkin in the new Star Wars Rogue One movie twelve years after his death. These technologies have become so popular that the German circus Roncalli has replaced live animals with holographic ones.

The concept of synthespians raises a “witch’s brew” of interesting questions. On the one hand, these creations are entirely the product of CGI and studios such as Disney. On the other hand, it is the fame of deceased celebrities which gives synthespians their greatest appeal. Who owns the rights to these resurrected creations? Do these rights pass automatically to the celebrity’s estate? How are these rights protected?

California is the North American centre of the film and entertainment industry. Therefore, it is no surprise that it has the most sophisticated protection regarding the “right of publicity.” Although Californian common law does not recognize post-mortem rights,[1] this may be a result of the existing, robust protection under rule 3344 of its Civil Code:

(a)(1) Any person who uses a deceased personality’s name, voice, signature, photograph or likeness, in any manner on or in products, merchandise, or goods, or for purposes of advertising or selling, or soliciting purchases of products, merchandise, goods, or services, without prior consent from the person or persons specified in subdivision (c), shall be liable for damages sustained by the person or persons injured as a result thereof.

In 1985, in response to the exemptions to the above rule, California strengthened its protection of publicity rights even more by passing the Celebrities Rights Act. This act enabled the post-mortem rights of any person to be extended to 70 years after death, and more importantly, gave standing to bring an action under (the more celebrity-favourable) Californian law regardless of where the litigants live, as long as some violation of this statute occurred in California.

In Canada, the jurisprudence relating to this newly emerging area is still in a state of infancy. Unlike California, Canada does not have legislation that directly addresses the right to publicity. Instead, Canadian litigants might seek recourse under a patchwork of different statutes and common law torts. If the specific situation involves an infringement of a trademark, portrait or signature within thirty years of the death, litigants might utilize Canada’s federal Trademarks Act.

Similarly, Canada’s federal Copyright Act provides little protection to the estate of deceased actors who are resurrected with digital means. The reason: copyrights protect the work of an actor, whereas personality rights protect their persona. In this case, movies such as Star Wars are works of the studio, not the deceased actor.

There are three weaknesses with the current Canadian legal framework: first, provincial laws deal only with the “right to privacy,” as opposed to publicity. This means that most provincial statutes are only useful to litigants seeking to place an all-out ban on the use of the images of deceased celebrities. Second, the scope of statutory protection varies from province to province. Last, these rights expire upon death.

Quebec law offers the strongest statutory protection in Canada. The Quebec Civil Code declares that personality rights are inalienable and are transmissible upon death. This allows heirs to claim compensation on behalf of the deceased for actions that took place after the death.

In the rest of Canada, including Ontario, litigants must rely on the protection of the tort of “misappropriation of personality.” This tort was developed in the 1974 case Krouse v. Chrysler Canada Ltd. Krouse was a CFL football player who sued the car company Chrysler for using a photograph in which he was visible in an advertisement without his consent. Although Krouse ultimately failed in his action, the Court recognized the need for protecting the commercial value of one’s personality.

While misappropriation of personality offers some protection to Canadians, the scope of this tort is far from defined. The most recent guidance comes from obiter statements in the Ontario Court of Justice case Gould Estate v. Stoddart Publishing Co. In that case, the Court held that the right of publicity does not end with death and is an asset capable of being passed to the celebrity’s heirs. The Court also recognized the modern trend towards the recognition of protection for post-mortem rights. However, without statute in effect similar to California’s Celebrities Rights Act, there will likely be future litigation to test the boundaries of this tort. 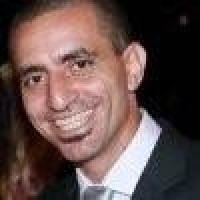